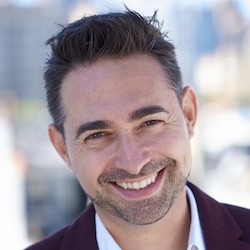 Thomson Reuters' corporate Foundation is changing the focus of its news service to reﬂect new centres of interest in media freedom, inclusive economies and human rights.

Under editor-in-chief Belinda Goldsmith, formerly a Reuters correspondent, the Foundation has up until now majored on covering what it calls “under-reported” stories about such topics as human rights, slavery and traﬃcking, and the human impact of climate change.

“When it was first established, the Foundation’s journalists had a remit of covering under-reported issues around a number of topics, which were, at the time, not part of the wider global news agenda. However, our efforts in bringing these issues to a mainstream audience have paid off and increasingly, they are being more widely covered. If you take the issue of slavery and traﬃcking, for example, it is no longer an under-reported issue, which is great news.

“We will therefore continue to cover the same thematic areas but through the lenses of inclusive economies and human rights. We will be expanding our file to include issues around digital rights and as part of that, focus on cities, technology and people, as well as climate coverage and LGBT [Lesbian, Gay, Bisexual and Transgender] issues.”

The Foundation’s 55 journalists are separate from Reuters News. All of their output under the Foundation’s own branding is ﬁled automatically to the news agency’s subscribers.

“We’re in a good place,” Zappulla said. “It’s the right time to ﬁne-tune the editorial oﬀering to be more relevant and forward-focused. The way we report on climate change is a good example of this. Interest in these issues has really increased over the past ﬁve years. I remember when nobody cared about plastic in the ocean and suddenly this is a massive issue.”

Zappulla is a Sicilian-born journalist who started as an intern with the Italian news agency ANSA and made his way to Bloomberg where he presented business news on television and became an executive producer. He joined the Foundation as director of communications in 2013 and was appointed chief operating oﬃcer in 2017.

‘THE TIDE IS CHANGING’

His predecessor Monique Villa, who stepped down last year, built a network of editorial, legal and training teams, and launched an annual conference on slavery, human traﬃcking and women’s rights as well as the Stop Slavery Award.

“The Foundation has grown and evolved so quickly. This has been a really good opportunity for us to stop, take stock and think about where we want to go next,” Zappulla said.

“We are registered as a charity here in the UK and the US but we are also a corporate foundation. Our name is a corporate name. It makes sense that our three focus areas are aligned to the wider business.

“When people think of Thomson Reuters, they think of the corporate and media worlds. The connection between that and our focus areas of working towards promoting and protecting media freedom, and contributing towards a robust ecosystem for more inclusive economies is clearer. And that to me is a strength because it brings us closer to eﬀectively tell the story the company is telling its clients. That doesn’t mean we are compromising our independence because of course we are an independent charity, but there is a clear alignment that is not artiﬁcial, and I believe this is a valuable proposition.”

Zappulla said: “There are some moments in time when you can feel the tide has changed or is changing and we are deﬁnitely there when it comes to technology, when it comes to climate and people. So we are really in a unique position to reposition our editorial oﬀering to look at future trends when it comes to human rights.

“What we want to build is a very strong editorial product this year. Alongside that, we will be redesigning our news website to reflect our editorial oﬀering.”

‘DIGITAL RIGHTS ARE A HUMAN RIGHT’

The new strategy means more investigations, more exclusives, more initiative content and more regional content to make the Foundation’s news service a product with its own look and feel and which puts data at the centre of what it does.

“Outside of our editorial team, we’re doing a lot of work on media freedom - repositioning our media development oﬀering around three main pillars: one is media freedom for development: this idea of structuring all our training around media being a tool for development, anti-corruption training, good governance training, reporting elections training, even business news training. It will become a fully-ﬂedged part of our media freedom programme. The second one would be exploring trends on the future of journalism, so anything that has to do with sustainability.” He is not ready to talk about the third one at this time.

Thomson Reuters provides the Foundation core funding of $4.5 million a year on a rolling three-year agreement that includes support “in kind” - oﬃce space, computers, systems, phone bills, HR support. Other philanthropic money comes from external donors including the British and Norwegian governments. There is no paid content.

What is the London-based Foundation, established as the Reuter Foundation in 1982, worth to the Toronto-based corporation, besides making it look like a good corporate global citizen? The company has not done an assessment since 2008 when the Thomson organisation of Canada acquired Reuters. Then, the calculation of the Foundation’s indirect contribution to the corporation - employee retention, brand awareness, media coverage and media exposure, etc - was valued at more than $320 million a year.

The spin-oﬀ of Thomson Reuters’ ﬁnancial and risk division into a stand-alone business controlled by private equity investors and rebranded as Reﬁnitiv has had no impact on the way the Foundation operates. Reﬁnitiv does not fund the Foundation although it sponsored its annual human rights forum Trust Conference in November and Zappulla said they are “exploring synergies right now” and “continuing a conversation on professional partnerships”. ■