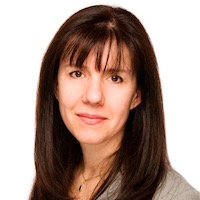 Caroline Drees (photo), Reuters global editor for editorial training and culture, is leaving at the end of the month after nearly a quarter-century with the agency.

“She’s been a steady - and steadying - presence wherever she’s been, unfailingly helpful, diligent and focused on doing the best for Reuters,” Reginald Chua, chief operating officer, editorial, wrote in a note to staff.

In her most recent role, she also worked behind the scenes to ensure a smooth separation from the terminals and data business Refinitiv - “no small feat given the complexity of Reuters’ global footprint and how closely intertwined we were with F&R”.

Drees joined Reuters in London as a graduate trainee in 1994 and worked as a company news, treasury and political correspondent in the UK, Austria, the Gulf and Switzerland before becoming bureau chief in Egypt and Sudan during and amid the fallout of the 11 September attacks and the Iraq War.

After working as post-9/11 security correspondent for the Americas, based in Washington, she was seconded to the Reuters Foundation to lead a project setting up Iraq’s first independent new agency, Aswat al-Iraq (Voices of Iraq).

She worked as a desk editor on the World Desk in London before becoming Reuters Middle East editor and then managing editor for the Middle East and Africa during the Arab Spring. During that period she was also in charge of operations in Pakistan and Afghanistan for about a year.

Drees returned to her home town of Washington, DC in 2013 as global editor for editorial events, then worked as Reuters head of PR and communications, and ran a number of global projects, including one in which she spoke to about 1,700 members (about 70 per cent) of Reuters editorial face-to-face around the world to ask how the work and the work-life balance at Reuters could improve.

“Many of your insights, thoughts and ideas led to immediate changes and have also fed into the current Newsroom of the Future Project,” Chua wrote. ■