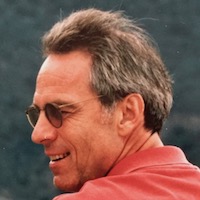 Giancarlo Orlando (photo), who has died after a long illness, led the expansion of Reuters business in Eastern Europe.

He joined Reuters in 1983 in Munich where he was responsible for the company’s business in South Germany and worked his way up through different management jobs which took him from Africa to Switzerland, back to Germany and finally to Vienna where he took charge of Reuters business in Eastern Europe.

Thanks to his small but highly mobile and motivated team, Reuters was able very rapidly to capture virtually the entire market in a wide range of countries opening up to the free flow of financial information, Jean-Claude Marchand writes.

He was a colleague and a friend whose style was appreciated by all the people he worked with in the different cultures his career brought him in contact with.

Giancarlo was gentle and full of humour. He never took a decision in a hurry, always making sure that the course of action he chose would be effective without causing disturbance either internally or to our customers.

In his last illness he was visited regularly by colleagues including Jack French, his former technical manager. Jack writes: Giancarlo was both a Reuters colleague and my close friend for more than 35 years. Elegant and cultured, he had an imposing physical presence and personality, which tended sometimes to mask a very natural human warmth and charm. Above all, Giancarlo had a wonderful self-deprecating humour and I remember with particular fondness his appearances in the annual Reuters Vienna Christmas parties, including one year as “Don Carlo” in a hilarious parody of The Godfather.

Vienna was always his longtime spiritual and cultural home. It was the perfect location for Giancarlo's deep love of the Arts, particularly opera, ballet, classical music and theatre. In our mutual retirement we spent many hours together, particularly on the golf course in summer or enjoying the ambience of the Vienna cafés in the winter days. In his later years, he faced difficult times after developing Parkinson’s disease, which he bore to the end with great fortitude.