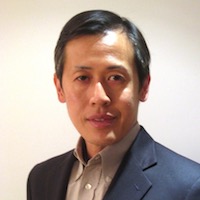 The future of journalism isn't robotic, it's cybernetic, says Reuters.

“It depends: If you want to go long distances at speed, and in relative comfort, cars win hands down. But if you want to explore a ravine, ford a river, or not have to focus solely on the rugged terrain in front of you, well, a horse is a much better bet.

Both sides bring something to the table; neither is entirely superior to the other.”

So it is with machines and humans, and news, Chua argues in Reuters Press Blog. In newsrooms, machines do some things very well i they analyse and sift through data tirelessly, and at speed and on demand. Humans, on the other hand, are good are asking the right questions, bringing news judgment to bear, and understanding context.

“Or to put it the opposite way - and very generally - machines write bad stories and journalists struggle with mounds of data.

“So that’s why Reuters is building a ‘cybernetic newsroom’ - marrying the best of machine capability and human judgment to drive better journalism, rather than asking one to be a second-rate version of the other.”

As the latest stage in this journey, Reuters is developing an in-house tool called Lynx Insight that can augment human journalism by identifying trends, anomalies, key facts and suggesting new stories reporters should write. The platform uses automated data-sifting on a vast scale, alongside algorithms programmed by Reuters journalists, to go beyond simple rote reporting into proactively offering fresh, data-driven angles that staff can pursue.

“Through Lynx Insight, we’re placing a bet that the future of automation in the newsroom is less around using machines to write stories than in using machines to mine data, find insights, and present them to journalists. This leverages the smarts of our newsroom, both in asking the right questions of the machines and in evaluating the answers that come back, to drive even better journalism, and much more quickly.”

Initially, the platform will be rolled out in Reuters markets coverage, where Lynx Insight will scour the vast wealth of Thomson Reuters structured financial data for newsworthy items. It will analyse patterns in market data to surface worthwhile information to Reuters journalists, who can then create original, investable news and insights and provide greater meaning from a torrent of facts.

Later, Chua sees Lynx Insight being extended to sports data - supporting previews and wrap ups of matches, or creating injury reports, or league rankings - or to any other field that would benefit from data-driven story authoring. It can also help in the creation of more customised or personalised content - for example, it could be used to power market reports tailored to individual users.

“Lynx Insight is the latest step in our development of the newsroom of the future and follows the launch last year of Reuters Tracer,” Chua said. “It’s an exciting future that increasingly calls on the undisputed power of robots, but never loses sight of the importance of human judgment and journalism; bringing together the best of horses and cars.” ■