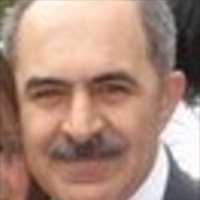 Reuters announced senior editorial appointments in the Middle East "to win across the file, from the fastest snaps to the deepest enterprise" and counter aggressive competition from arch-rival Bloomberg.

Regional editor for Europe, the Middle East and Africa Simon Robinson and Middle East editor Samia Nakhoul made appointments in Dubai and Cairo. At the same time, they searched for a new bureau chief in Baghdad.

The changes announced in a memo to staff:

The new team in the Gulf will work closely with Michael Georgy, who became a deputy editor to Nakhoul in November.

“Together, these changes set us up well to win across the file, from the fastest snaps to the deepest enterprise,” the editors said.

Separately, Robinson tweeted: “We’re looking for a new bureau chief in Baghdad, still one of the best journalism gigs in the Middle East. We want someone who can break news and dig into much deeper and longer stories.”