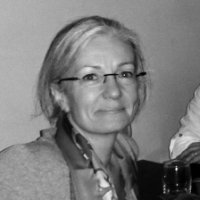 Charlotte Cooper (photo), Reuters editorial training manager in London, died on Saturday following surgery for blood on the brain. She was 50.

Cooper joined Reuters in 1990 as a graduate trainee journalist and in between spells as a reporter and editor in London had foreign assignments to Bonn, Milan, Frankfurt, Mumbai - where she was bureau chief - and Tokyo. Her time with Reuters was interrupted in 2000 by six-months as a junior producer with the BBC World Service.

She took on her first training role in 2011 and became responsible for managing the training of Reuters journalists across Europe, the Middle East and Africa two years ago when the organisation changed the emphasis of its editorial training programme towards more on-the-job learning.

Her death was announced by her husband Peter who wrote to friends: “A bright star has become a black hole.” ■