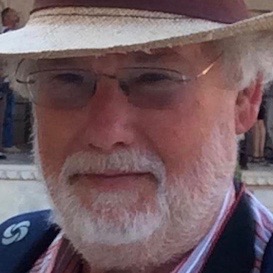 Paul Iredale (photo), who died after a long illness on Monday aged 66, was a larger-than-life figure whose postings during 27 years as a Reuters correspondent spanned Africa, Asia and Latin America.

It was impossible not to notice when Paul was around - standing over six feet tall, amply proportioned, a shock of hair and unruly beard (white for many years), a trademark broad-brimmed hat and an equally trademark pint usually close to hand, Peter Gregson writes.

Behind his down-to-earth manner and air of bonhomie, there was a sharp intellect and broad range of interests, from opera to golf, the arts to sailing. After taking early retirement on health grounds in 2000, he found a new calling as a teacher and trainer for the Reuters Foundation and London's City University, nurturing aspiring journalists from around the world at courses in the UK and numerous other countries.

Paul was the first to admit that his career at Reuters had been bumpy, but he glossed over the downturns with self-deprecating humour and regaled colleagues with hilarious anecdotes from the good times.

Paul joined Reuters as a trainee in 1973 and his first posting was to Johannesburg. There, bureau chief Peter Mosley noted in his annual appraisal that Paul's "attitude towards work was ambivalent". Paul read this and, with his customary sangfroid, handed it back saying: "Yeah, that seems fair enough."

Paul's scariest moments came in central America in November and December 1989, during the tail end of the guerrilla war in El Salvador and the American invasion of Panama.

Driving to the Reuters office in San Salvador, his car came under fire. "One of the bullets came through the side of the car and splayed into the metal part of the seat I was sitting on, so I got lots of metal in my side. Apart from that, none of the bullets hit me. My hat was on the seat next to me and a bullet went right through it. I was very, very lucky that day," he said later.

As a memento, he kept the hat, typically claiming for it on expenses. "I got $70 from Reuters for it - it was quite a nice hat so I was pretty annoyed when a bullet went through it."

Only the day before, he had been to a wake for David Blundy, a reporter for the London Sunday Correspondent newspaper, a friend who had been killed by a sniper.

Only four weeks later, Paul was among 11 journalists and businessmen kidnapped by armed men front a hotel in Panama. A balaclava-clad guerrilla with an AK-47 said the Americans were "killing our people, so we are going to kill you."

But after being driven out of the city and held for four hours, they were suddenly - and inexplicably - dumped by the side of a road.

Of the courses he ran, one close to his heart was safety training for journalists in combat zones, drawing on his own experience and noting: "During my time, I've lost a number of friends and colleagues.”

In retirement, he kept a watchful eye on Reuters and other news organisations from his home in Chislehurst, questioning editors from Thomson Reuters at public events on the apparent slackening of editing and sourcing standards, catching out The New York Times in factual errors when it ran live video newscasts, and debunking an urban myth - widely used in British newspapers - about a sailor who got lost in the river Thames and circled the Isle of Sheppey several times before running aground.

Noting that it would have entailed asking for a drawbridge to be raised on each circumnavigation, which in itself would take a day, Paul said: "It was most unlikely, I know as I've almost run aground there myself”.

POSTSCRIPT The funeral will be at St Mary's Catholic Church, Crown Lane, Chislehurst, Kent BR7 5PL ​on Friday 10 March at 1200 followed by a reception at Chislehurst Golf Club, Camden Park Road, Chislehurst BR7 5HJ. Those who will attend are asked to advise Maggie Iredale for catering purposes. ■