A quarter century on, Peter Job's CEO package is re-examined 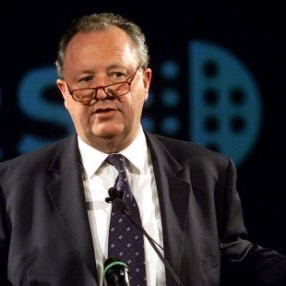 The Financial Times shone a light on Sir Peter Job's multi-million pound pay package when he was chief executive of Reuters to illustrate why executive rewards are so out of step with average wages - and the ratio may be adjusted.

“Journalists are not known for their multimillion-pound pay packages, but Peter Job [photo] was an exception,” it wrote on Monday under the headline Executive pay: Reducing the package.

“In 1993, soon after the former foreign correspondent was appointed Reuters’ chief executive, the news agency’s board introduced a new pay structure. Mr Job’s ‘long-term incentive plan’ [LTIP] would not only make him a very rich man, it would up the ante for how British chief executives have been paid ever since.”

Job, now 75, joined Reuters as a graduate trainee journalist in 1963. After retiring as CEO in 2001 he became a director of several companies including Royal Dutch Shell, Deutsche Bank and GlaxoSmithKline.

By 2015, Britain’s average blue-chip chief executive was paid £4.3 million, 430 per cent more than in 1998 or three times as much after accounting for inflation. Over the same period average wages, worth £28,000 in 2015, rose only about 12 per cent in real terms. In the United States, the pay gap has widened even more dramatically.

“Executive rewards have become so out of kilter that politicians have begun engaging in a debate that was previously off-limits in most free-market economies,” the FT wrote. “Even US President Donald Trump, not known for his socialist outlook, has called executive pay ‘disgraceful’ and a ‘total and complete joke’. The comments, made on the campaign trail in 2015, mirror US investors’ criticism of egregious pay packages, especially when performance has been weak.”

In the UK, the mood is actively reformist. Reflecting increasing public disquiet about elite pay, the government in November published proposed changes on governance reform. They include more frequent binding votes by shareholders on pay and the obligatory disclosure of ratios comparing the pay of chief executives and mainstream staff.

At the same time investors are clamouring for an overhaul of ill-designed, excessively generous pay schemes.

“Back in 1993, under Reuters’ innovative ‘LTIP’, Mr Job was granted a potential 77,920 shares with performance conditions attached,” the FT wrote. “To qualify, he had to ensure Reuters was among the top 30 companies in the FTSE 100 in terms of ‘total shareholder return’ - a measure that combines share price growth and dividend payouts. He succeeded, earning shares that were worth £460,000, or 39 per cent of his £1.2m total remuneration in 1995.”

Peers at the time had never heard of LTIPs. They relied instead on decent salaries, generous pension contributions, an annual bonus and, in some cases, a dose of share options, the FT wrote. But inspired by the Reuters example, an LTIP revolution quickly took hold, as companies and their investors warmed to the idea of rewarding relative performance over a longer period.

“‘It was felt that options, which we had hitherto used, were not a satisfactory reflection of performance since they rose and sank to some extent with the tide,’ Mr Job remembers. ‘We had to move to relative performance against the index, and we had to have a longer time horizon.’”

So persuasive was that thinking that, today, an LTIP is part of the remuneration package for every chief executive in the FTSE 100 index. But the change in the pay mix has not worked out as planned. Over the past 25 years, a combination of factors has ratcheted up the value of bonuses, particularly LTIPs. Executive greed has been indulged by boards nervous of losing top talent and an industry of remuneration consultants that has thrived on an arms race to design top-quartile pay packages.

With political populism on the rise and growing economic evidence against such pay packages, investors, many of whom previously defended high pay as a motivator of better performance, are now campaigning for change, the FT wrote.

“In the UK, LTIPs are in the crosshairs. ‘LTIPs are not fit for purpose any more,’ says the head of stewardship at one UK asset manager. ‘They’re like any opiate. They have become an addiction.’”

The views of the public never used to matter much to hard-nosed investors. The priority was for a company to have the best possible leadership. But the rise of populist politics since the global financial crisis has altered attitudes. The growing gap between the pay of ordinary people and the packages enjoyed by blue-chip chief executives is blamed for helping to fuel a backlash against the “metropolitan elite” - evident in everything from the Brexit vote to Mr Trump’s election victory.

The pay ratio of the average blue-chip chief executive to the average worker, about 140 times in the UK, has escalated from about 33 times in 1984, according to Tom Gosling, remuneration expert at PwC. Pay growth in the US has been even more extreme. A report last spring by the AFL-CIO union, which stripped management roles out of average worker pay, calculated a multiple of 335 times. Two decades ago it was below 50. ■