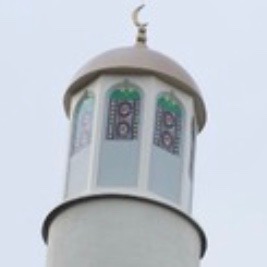 Following publication of the report, the mosque's bank terminated its banking relationship and closed its account. Several other banks refused to accept the mosque.

Sara Monsoori, representing the company that now runs the mosque, said they discovered World-Check had placed it in the "terrorism" category.

"The profile referred to press reports and allegations from many years ago, long before the mosque was reorganised and the claimant company was established."

The management company said they were unaware of the report until they were notified by the BBC on 20 June 2015.

Thomson Reuters accepted the report "made the false allegation that there were grounds to suspect that the claimant had continued connections to terrorism".

Oliver Murphy, appearing for Reuters, said: "The defendant is here today through me to express its regret for publishing the allegations".

Finsbury Park Mosque said in a statement: "It is unacceptable that any organisation is able to designate people as terrorists on the basis of poor research and for those people to be labelled without any recourse to truth or justice."

It said Thomson Reuters had agreed to pay £10,000 in damages plus legal costs as well as making a statement of regret.

Brian Mairs, a spokesman for Thomson Reuters said: "Although the court documents cite Reuters Ltd as the defendant, World-Check is owned, operated and published by Thomson Reuters.

"Thomson Reuters provides information and insight to professionals in the financial and risk, legal, tax and accounting, and media markets.

"The Reuters news agency is one of its businesses, but World-Check is not part of the agency. It is operated by the Financial & Risk business.”

This story has been amended to make clear that the statement in the tenth paragraph was made by Finsbury Park Mosque - Editor. ■