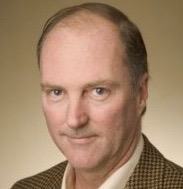 “Those of you who worked with him knew Brian as a devoted newsman, fierce advocate, friendly ear around the newsroom and the proudest father ever, to his daughter Amanda,” Dan Colarusso, executive editor of Reuters digital, wrote in a note to staff.

Tracey left Reuters in November 2015 after five years with the company. He had led a staff of 20 digital journalists responsible for producing multi-media content for Reuters’ flagship website and related mobile apps.

He was also a key member of the team that developed Reuters Next, a digital platform and content management system that presents news in streams that organise content around trending topics and breaking news events. ■