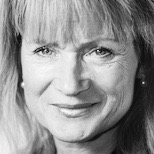 From our exclusive investigation into child deaths in India’s mica industry, to interviews with Yazidi sex slaves and leaders of the aid world, the award-winning editorial team at the Thomson Reuters Foundation is celebrating its 20th anniversary widely recognised as one of the world’s leading humanitarian news services.

Under the leadership of the Foundation’s chief executive Monique Villa, the news team has expanded from a handful of reporters and stringers to 45 staff journalists and 150 freelancers covering stories under-reported in other media outlets about the lives of some of the world’s most vulnerable people. Our news stories, features, analyses, videos and photos are all published on our news.trust.org website and, for the past three years, have also been distributed via the Reuters news wire.

Chatting to people across the company, I realise we don’t always do enough to let people know what we are up to but those who do know are delighted that TR’s charitable arm has become such a powerful news force.

We’ve come a long way since 1997 when the Foundation created AlertNet, a free humanitarian news service covering conflicts, natural disasters, and health emergencies that became the go-to service for NGOs and policymakers working on disaster relief. The idea for AlertNet stemmed from the 1994 Rwanda genocide when it became apparent that relief groups on the ground had no way to coordinate and the Foundation had a bright idea - use the Reuters network to deliver information to charities to work together while also raising public awareness.

Fast forward 20 years and AlertNet has been replaced by a news service with all the Reuters standards of fair, accurate and impartial reporting and several veteran Reuters News staffers are now with the Foundation including myself. In recent years we have expanded from covering just humanitarian crises to also focus on human trafficking and slavery, women’s and LGBT rights, property rights, resilience and the human impact of climate change - with massive impact.

Our mica investigation exposing how children were dying to produce the glittery mineral used in makeup and car paint led to Volkswagen suspending ties with suppliers in India and a statewide investigation.

A Nigerian girl abducted and raped by Boko Haram militant was offered a scholarship to the American University of Nigeria Academy after our story about her plight.

Other stories we have written have been taken up by lawmakers in parliaments across the world.

It is to the team’s credit that these hard-hitting stories have won the Foundation a string of awards, with our South Asia correspondent Nita Bhalla recently named journalist of the year by the Society of Publishers in Asia. Our stunning multi-media insight No Country For Young Men, about all the young men leaving a village in Senegal on a quest to reach Europe, won West Africa correspondent Kieran Guilbert the ILO Migration Reporting Award, while our resilience editor Megan Rowling won the United Nations Foundation's 2016 prize for her coverage of humanitarian crises.

So what are we planning next? Well, this year we broke new ground with the appointment of a five-strong team to cover resilience - the buzz term for how people and communities protect themselves from future disasters - and joining us soon is our first social enterprise correspondent who will cover the growing trend for businesses to focus not just on profit but also doing some good in society.

There really never is a dull day at the Foundation and you can keep up with what we are doing on Facebook, Twitter, Instagram, or sign up to our newsletters - and do watch out for our annual women’s poll in October, this time on the most dangerous megacities for women.

Belinda Goldsmith is editor-in-chief of the Thomson Reuters Foundation, the corporate charity of Thomson Reuters, where she runs a global team of 45 staff journalists and a network of about 150 freelancers covering under-reported stories on humanitarian issues, women’s rights, human trafficking and slavery, property rights and climate change. She joined the Foundation in London in 2014 after 20 years as a Reuters correspondent reporting from over 25 countries on political, financial and general news and leading various news teams. ■