Post-traumatic growth, the little-known upside of reporting on trauma

I’ve been asked if I hate the fact I developed PTSD and moral injury. Not for a moment. 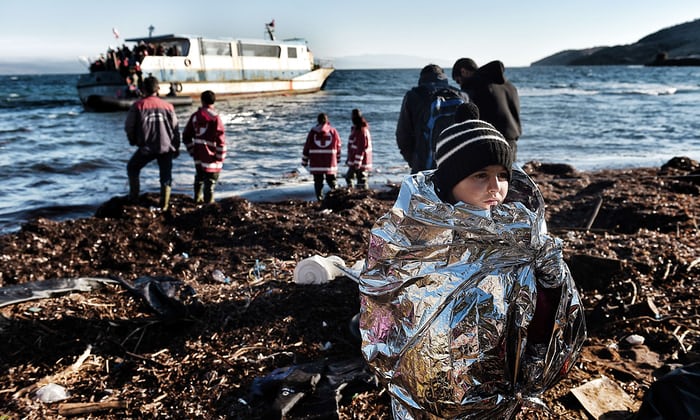 Firstly, I was honoured to work with many wonderful colleagues in countries such as Iraq. Secondly, the experience of PTSD/moral injury, I believe, is making me a better human being. I am building deeper relationships with my family. I want to lead a more meaningful life. My mental health and wellbeing role at Reuters is already rewarding. What I’m experiencing is post-traumatic growth. It can apply to anyone who has suffered trauma.

The term post-traumatic growth was coined in the mid-1990s by Richard G. Tedeschi and Lawrence Calhoun, both from the University of North Carolina in Charlotte.

They note the long tradition of finding meaning in life from suffering.

Think of an extreme example like Viktor Frankl, an Austrian Jew starting to make his name in psychiatry when the Nazis ordered him to leave his home in 1942. Frankl survived three years in concentration camps, including Auschwitz. He wrote his acclaimed book, Man’s Search For Meaning, in nine days not long after the end of World War Two. Frankl said a person cannot control what happens in their life but can control how they feel and respond. In other words, we give our suffering meaning by the way we respond.

In their research and clinical work, Tedeschi and Calhoun have observed changes in people arising from traumatic experiences that include better relationships, new possibilities for one's life, a greater appreciation for life, a greater sense of personal strength and spiritual development.

The only research on post-traumatic growth and journalists has been done by Cait McMahon, managing director of the Dart Center for Journalism and Trauma, Asia-Pacific region. McMahon is also a registered psychologist who has studied trauma and journalism for 30 years.

In a thesis submitted recently to the Swinburne University of Technology in Melbourne, McMahon concluded there was initial evidence to support her hypothesis that post-traumatic growth is present among Australian journalists in general who have covered traumatic stories.

Post-traumatic growth was more likely to be experienced by camera operators, war reporters and freelancers, as well as those who undertook trauma/stress management education versus those who did not, she added.

“Post-trauma experiences are complex and multifaceted, and may include rich life changes for the better. Qualitative changes are related to personal trauma management strategies, including peer and management support and opportunities to reflect, to name a few,” McMahon wrote in the thesis: An Investigation into Post-Traumatic Stress and Post-Traumatic Growth among Trauma Reporting Australian Journalists.

I would do it all again, the good and the bad. I could not imagine myself without the richness of what I have seen.

McMahon said one reason she did the research was to ensure the approach to trauma management in the media didn’t just deal with negative outcomes such as PTSD. She surveyed 115 Australian journalists among these categories: print, broadcast, camera operators and editors/others. She did in-depth interviews with 13 journalists.

Research shows that 80-100 per cent of reporters have been exposed to potentially traumatic events in their professional capacity. Research also shows that while they have a variety of negative post-trauma outcomes the majority do not develop serious problems such as PTSD.

Reporters with a strong sense of their professional role who build coping mechanisms and social ties, who prepare themselves for trauma reporting with physical and psychological safety training and who take time to reflect after an assignment have enhanced resilience. Positive outcomes include increased empathy, closer relationships with loved ones and an enhanced ability to be a journalist.

Camaraderie could partly explain the higher levels of post-traumatic growth among camera operators, war reporters and freelancers because that closeness fosters supportive disclosure of traumatic experiences, McMahon noted. That camaraderie also exists among photojournalists. War exposure has been associated with post-traumatic growth in previous research in terms of increased solidarity with colleagues, sharing experiences and finding deeper meaning in the world.

Despite discovering that camera operators reported significantly higher rates of trauma severity than the other reporters, McMahon found there were no significant differences on negative post-trauma outcomes. Research by psychiatrist Anthony Feinstein on war journalists showed symptoms were more frequent and intense in stills photographers, followed by camera operators, then print reporters and producers.

McMahon posits that her findings could be linked to the possibility that the camera lens is a protective device, a distancing mechanism, a barrier between operator and subject.

That camera operators scored significantly higher on the post-traumatic growth domain of personal strength - feeling better able to handle difficulties, feeling more self-reliant and being more accepting of things - was harder to explain, McMahon added. She pointed to research which proposed that having a camera in-hand gives the operator a sense of control that other reporters might not feel during trauma exposure.

It’s well established that writing about trauma helps to process the experience and manage symptoms. Less is known about how photography and camera work can manage trauma reactions that lead to positive outcomes, McMahon said. It may be that these journalists process visual information in different ways to other news gatherers, she added.

In her conclusion, McMahon said recognising the potential for constructive changes from covering trauma was important to help journalists and media organisations work towards an understanding of the stresses of their work. I agree. While I would never encourage any journalist to intentionally put themselves in a situation just to reap such a potential benefit, I think it’s important for our staff to make time to reflect on their experiences and how they may have been changed for the better.

As one of the journalists McMahon interviewed said: “I would do it all again, the good and the bad. I could not imagine myself without the richness of what I have seen.”

Dean Yates is a former correspondent who is now Reuters' journalist mental health and wellbeing advocate. This blog was sent to Reuters staff recently and is published here with his permission. ■