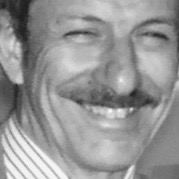 Reuters, the communications revolution and the foundations of the Internet

Forty years ago, two events occurred which unknowingly kick-started the communications revolution that has changed the lives of everyone, and which we now call the Internet.

Reuters was at the heart of one of those events, and Reuters leveraged the freedom achieved by the other event to transform the financial world’s technology.

The two events, which proved to be vital building blocks for the Internet, were the Carterfone judgment by the US Federal Communications Commission (FCC) and the founding of the International Telecommunications Users Group (INTUG) by Reuters and other multinationals.

In 1974, the only telephones permitted were those provided by the PTTs - the Post, Telegraph and Telecommunications monopolies in each country who provided telephone services. They had been controlled globally by the International Telecommunications Union (ITU) since 1876.

The Carter Company developed a better phone and challenged the status quo. It successfully persuaded the FCC that its phone could be used on the public telephone network, despite claims by AT&T of health risks and other dangers. (Only a few years later, Reuters would attempt the same argument with the Reuter Monitor, seeking to prevent its customers from using their own terminals to access Monitor services since the terminal generated profit and the standard simplified testing, but that was also overturned). 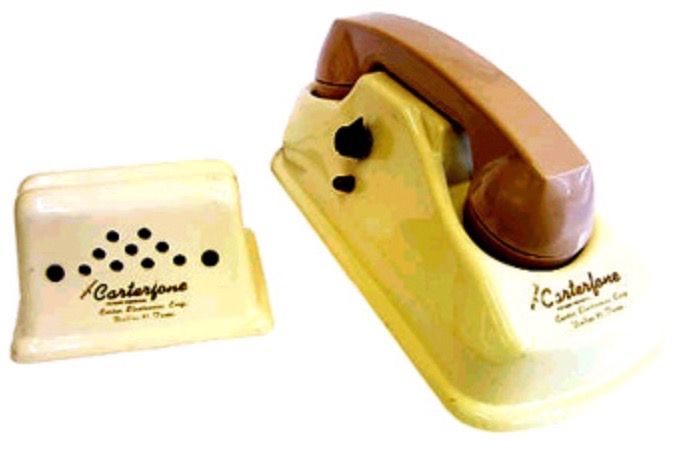 Although it is hard to imagine such restriction today, the innovation in smartphones and other devices, freely available for use on networks, would not have been possible without Carterfone. (Similar constraints still occur form time to time, however, when companies like Apple sign exclusive deals with mobile network operators so that their phones are only available for use on one network - a strange reversal of the original constraints but still an unacceptable restriction.)

Also in 1974, all international cables, such as the transatlantic submarine cables, were under the control of the ITU, and later the earth and space segments of satellite links were subject to strict access controls. It was only possible to “lease” capacity on these links from the monopoly suppliers, and the use of these “leased lines” was limited, to prevent any form of competition with the PTTs.

The same restrictions applied to the use of “leased lines” or “private circuits” domestically. Reuters, in partnership with SWIFT, the international financial organisations, SITA, the airline cooperative, and other multinational companies realised that these restrictions severely limited their ability to provide information services, and subsequently transaction services, to their customers.

They formed INTUG to represent them all in discussions with the ITU and with regulators around the world who controlled the provision and use of telecommunications services. One of INTUG’s first targets was “International Simple Resale (ISR)” which would allow companies to lease capacity on an international circuit and then use that capacity to sell information services to customers linked to the line.

The ability to use a line in this way initially carried a premium - a “coefficient” as the PTTs called it or a mark-up - in effect increasing the cost of service provision and indirectly the price of the end service. There was no justification for the mark-up, as there were no extra costs incurred by the PTT, but as a monopoly you can do these things. (The same philosophy is still adopted by telecom operators when they control a natural bottleneck facility, e.g. for “roaming”, and their behaviour still requires constant vigilance by INTUG and regulation by government authorities.)

Whilst the two landmarks of 1974 might be considered in hindsight as particularly notable, there have been many other regulatory hurdles to overcome and many obstacles to remove to enable the technology ecosystem which the world enjoys today.

INTUG grew rapidly, creating and linking with national user organisations around the globe as well as a growing number of companies using networks who faced monopoly constraints, lack of services and unjustifiable tariffs.

Reuters remains at the heart of the trail-blazing and a few other examples will illustrate the transformative and pioneering role Reuters still plays.

What you want may have been invented, it may be available where you want it, and you may be able to afford it, but you may not be allowed to use it

It has been said of telecommunications that it has an additional dimension of challenge beyond that of other technologies. What you want may have been invented, it may be available where you want it, and you may be able to afford it, but you may not be allowed to use it. It is for this reason that “regulatory affairs” has always been an activity associated with telecommunications which is essential for suppliers and users of services, who need to be proficient in this field if they are to exploit the technology effectively and efficiently.

The early transatlantic links which provided the backbone communications for the Reuter Monitor and for other information services were TATPAC (TransATtlanticPACific) and NYZLO (New York Zurich London).

In those days there were far fewer undersea cables, and these were mostly provided by Cable and Wireless. Then communications satellites (circling the earth at a height of 35,000 km to keep them in the same position relative to the ground) emerged as an alternative means for international communications, spawning Sputnik, Telstar, Eurovision and other developments belonging to telecommunications folklore.

Reuters was one of the first to recognise their potential for information services. To distribute the International Data Network (IDN) services, Reuters North America (RNA) needed dedicated satellite capacity, known as a ”transponder” and access to the land based connection, known as the “earth segment”.

Reuters set up a special team headed by Peter Smith, with Tony Cornish (now sadly no longer with us) and David Smith to get regulatory approval for such facilities and usage.  They continued earlier work undertaken by John Ashworth and John Thompson for the international circuits, leveraging the contacts Reuters already had with the ITU and PTTs.

But it was not only at international level that companies like Reuters faced restrictions on the availability and use of communications circuits.

At national and local level, monopolies still existed. Liberation came to the UK in the 1980s with the split up of the Post office, the formation of British Telecom and its competitor Mercury, all facilitated by Oftel, the new National Regulatory Authority (NRA) now known as Ofcom.

With a similar brief to the US FCC, Oftel supervised the gradual opening up of communications markets. Following a ruling in the EU in 1992, most member states followed by 1998, with a few seeking delay for a few years more.

In the mid-1970s, when the Reuter Monitor took off in a big way, demand for “leased lines” connecting customers to the service far exceeded the ability of the Post Office to provide the circuits. Lead time for delivery extended beyond a year, which meant that Reuters was losing 13 months or more of revenue from each of these customers - a major inhibitor on revenue growth.

As with other constraints, Reuters was not prepared to accept the status quo and demanded a solution be found. Despite being taken to a major exchange facility, where it was pointed out that there was an engineer working on line installation in every spare physical space available, Reuters would not take “No” for an answer.

It told the Post Office/BT to think outside the box and come up with a new solution. From this was born the London Overlay Network - a separate facility, not one that had been bolted on to the old telephone network but one that was specifically designed for delivery of data services. This network later became the basis of BT’s Kilostream and Megastream services, and the forward thinking meant that Reuters had done BT a big favour.

This compares with fairly average broadband links in the developed world of 10 million bits per second. Imagine waiting 13 months for a 1200 bit per second line!

Today, each member state within the EU has an NRA, and these are coordinated by an EU body with the splendid acronym of BEREC (Body of European Regulators of Electronic Communications).

You might think that the regulatory battles are over, but you only have to read the press to realise that it is still very much centre stage with heated debates over such esoteric topics as ”network neutrality” and a furious fight to secure the role of Commissioner for the Digital Economy (Finland has a front runner).

Throughout the world, there are nascent regional coordinating bodies seeking to improve the consistency and interworking of services based on copper and fibre cables, licensed and unlicensed wireless spectrum and communications satellites.

There has been much debate over how the Internet should be “governed” - an anachronism in itself for the early pioneers of the Internet. The ITU still exercises a strong hand of control. There is talk of a “Splinternet” with higher quality services being carried by separate dedicated capacity for business users, so that the original Internet can remain “network neutral”. There are arguments about who pays for what.

Connection to the Internet has been described as an essential facility for participating in modern life. Whilst the information available and the terminals which deliver the data and applications may gain all the limelight and be more glamorous, Reuters continues to need active participation and competence in regulation, which determines not just what is possible and how much it costs, but simply whether you are allowed to deliver your latest innovation to customers.

Forty years may seem a long time, but regulatory challenges, like those Carter and Reuters faced in 1974, still remain.

Nick White joined Reuters technical department as a systems analyst in January 1973 to manage development of the Reuter Monitor in the run up to its launch in June of that year. He later became technical development manager, managing software and engineering development and production, and was the senior manager at the Great Sutton Street technical centre after the move from Fleet Street. After leaving Reuters in September 1982 as deputy European technical controller he headed telecommunications at Midland Bank and technology and telecommunications at Unilever. Since retirement he has been consulting for INTUG, the International Telecommunications Users Group which Reuters helped form 1974. ■