Reuters correspondent is named international journalist of the year 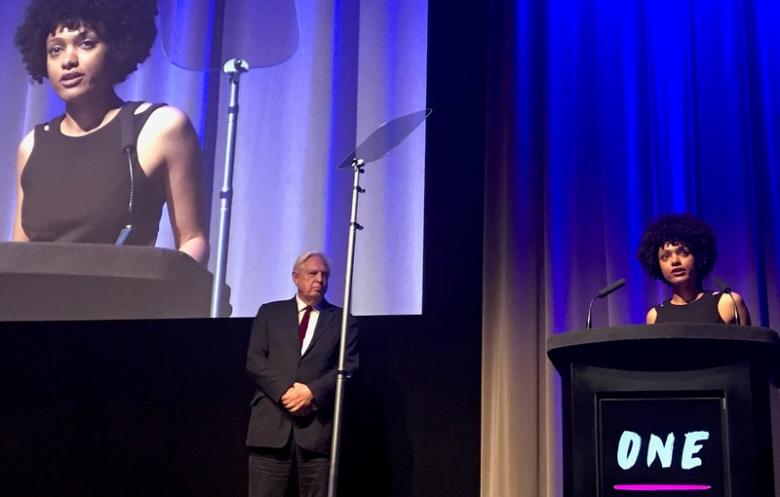 Reuters journalist Selam Gebrekidan was named International Journalist of the Year at a media awards dinner in London (photo).

Now in its 28th year, the One World Media Awards celebrate journalistic excellence in coverage of the developing world. Gebrekidan, born in Ethiopia and based in New York, won for her searing trilogy documenting the journeys of three groups of migrants from Eritrea in a Reuters series called The Migration Machine.

The first, centred on 16-year-old Girmay Mehari, revealed how smugglers prey on refugees’ relatives worldwide to extract money for journeys that often end in death. The second story uncovered how Islamic State, battling for its survival in Libya, is profiting from the migrant flow to Europe by turning women migrants like 24-year-old Ruta Fisehaye into sex slaves. The third story took Gebrekidan to Libya, where she documented how a mother and 12-year-old daughter, after escaping captivity as Islamic State sex slaves, were imprisoned by local militia on the baseless charge of belonging to the extremist group themselves.

Getting these stories required more than reporting prowess, Reuters said. Equally challenging was that Gebrekidan lived through some of these ordeals with her sources, in real time, at some of the most harrowing or moving moments of their lives.

The One World Media Award is one of ten recognitions The Migration Machine has received this year, both for Gebrekidan’s coverage and for another groundbreaking article in the series, an investigation of a migrant shipwreck by Stephen Grey and Amina Ismail. Recognitions include a Society of American Business Editors and Writers Award, a Deadline Club Award and a New York Press Club Award, as well as being named a finalist for the Michael Kelly Award and a Press Award.