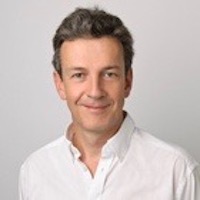 He had suffered from motor neurone disease.

After studying politics and history at Warwick University, Fritz joined Reuters in 1983. He worked as a correspondent in London, Frankfurt and Brussels and then joined Swiss Television in the 1990s. For the last six years, he was in charge of communications for Biovision, a Swiss organisation dedicated to improving the lives of people in Africa while conserving the environment.

Paul Mylrea (Reuters 1982-2002) was a close friend. He said: “David was a sharp, committed journalist who made an excellent Reuters correspondent. He was also a loyal friend who could light up a room.

“He was deeply committed to sustainability and lived his principles, working to promote Biovision’s environmentally sound drive to combat hunger and poverty in Africa. He will be missed deeply by his family, his friends and his former colleagues.”  ■