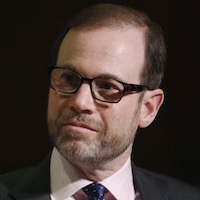 Reuters journalists around the world braced for staff cuts on Monday as editor-in-chief Stephen Adler (photo) alerted them to changes following the Refinitiv acquisition by private equity investors.

The $20 billion sale of a controlling interest in Thomson Reuters’ terminals and data business four weeks ago has implications for the news agency, which remains part of the Thomson Reuters group controlled by Canada’s Thomson family. Refinitiv, the new name for what used to be the financial and risk division, is Reuters’ largest client with a 30-year contract worth at least $325 million a year.

Supplying news under the contract will result in staff reductions in some locations and increased hiring in others.

“As Reuters continues to focus on building success as a new, stand-alone business, we are working on two projects simultaneously: ensuring that we have the right people in the right places to be most effective, and looking more broadly at how we organize our newsrooms and workflow,” Adler told the agency’s 2,600 editorial staff.

“We will be ready this week to begin announcing staffing changes to address the first initiative. The second, which we’re calling ‘Newsroom of the Future,’ is still in the early stages of discussion,” he said.

It involves the integration of visual and text news-planning, how separate client groups are best served, how regional and global operations can mesh more productively, and how the editing process can function most effectively.

“All this work will reflect and reinforce our commitment to journalistic excellence, integrity, and freedom from bias.”

Adler said the staffing changes will leave Reuters with a global footprint that more closely aligns its teams with the needs of its users. Some of the people affected by the reductions will be informed of the changes this week. More announcements will follow in coming weeks.

“It is always difficult to part with colleagues,” he said. “The leadership team and I are sensitive to the concerns that may arise and will do all we can to make the process as fair and considerate as possible.”

Adler said he was confident the staffing changes make strategic sense for Reuters and would make it a better news organisation.

“They will enable us to get the right people with the right skills in the right locations to more effectively gather and deliver the news that our users - including Refinitiv’s critical customer base - need most today and tomorrow.”

The changes will also enable Reuters to grow in new areas - possibly including the provision of news to non-financial corporate customers, “creating industry verticals, competing in emerging areas of news consumption such as audio assistants, and enhancing our offerings on a variety of platforms”. ■