ICE contract does no harm to Reuters - Principles trustees 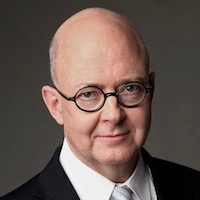 The guardians of the Thomson Reuters Trust Principles are satisfied that the editorial independence of Reuters is unaffected by a Thomson Reuters contract to track illegal aliens in the United States.

No endeavour to influence or constrain had been made and the editorial integrity and independence of Reuters is undiminished, Kim Williams (photo), chairman of the Thomson Reuters Founders Share Company which safeguards the Principles, wrote on Tuesday.

He was replying to Stephen Somerville, chairman of The Reuter Society, who wrote to Williams in March after a report on The Baron that the US Department of Homeland Security’s Immigration and Customs Enforcement (ICE) arm was to award a contract to a Thomson Reuters unit to help it track "aliens that pose a threat to public safety and/or national security”.

An ICE notice said the five-year $6.7 million contract with Thomson Reuters Special Services (TRSS) would require the company “to set up a continuous monitoring and alert system to track 500,000 identities per month for specified new data, arrests, and activities”.

The Trump administration has significantly increased ICE’s enforcement actions, including deportation, against people in the United States illegally or in contravention of the terms of their visas. Outrage has been expressed at the separation of children from their parents in fenced-off “cages” set up on the US-Mexico border.

Somerville drew the attention of the Principles Trustees “to the serious level of concern being expressed by members of the Reuter Society” about the contract.

The concern relates to potential damage to the reputation of Reuters as an independent news organisation and to possible repercussions against Reuters journalists around the world, Somerville wrote. He referred to many comments on The Baron and asked the Board of Trustees to review the ICE contract for any potential impact on Reuters’ reputation for editorial impartiality and freedom from commercial and political pressures.

Williams replied: “Apologies for my delay in reverting to you but I wanted to ensure some internal matters were addressed before responding to you.

“We had a discussion at the most recent meeting of Trustees with the assistance from open responses from senior leaders of the editorial leadership team at Reuters. It won’t surprise you to learn that the senior editorial team at Reuters are always direct and open in their presentations and helpfully transparent in response to questions from Trustees.

"As usual at Trustees’ meetings we discussed Reuters’ editorial independence within Thomson Reuters at length. In particular the meeting addressed the matter of independence as it relates to Thomson Reuters Special Services following sensitivity around that recent renewal of the specific contract with the U.S. government agency. On the basis of the briefing and open exchange the Trustees were satisfied that the editorial independence was unaffected by this matter and that no endeavour to influence or constrain had been made and that the editorial integrity and independence of Reuters was undiminished.”

Somerville’s letter to Williams and Williams’ reply are quoted with their permission.

News of the contract generated anger over its impact on the reputation of Reuters and the safety of its journalists.

Rodney Pinder, a former Reuters correspondent who was director of the International News Safety Institute (INSI) charity that helps news media staff survive hostile environments, wrote to Reuters editor-in-chief Stephen Adler to express dismay and said he feared the contract would undercut Reuters global reputation for integrity, independence and freedom from bias in news and may place its journalists around the world in grave danger.

On the face of it, the deal “associates Reuters good name with government spying,” Pinder wrote.

Adler replied: “I share your deep concern for the safety and security of Reuters journalists world-wide. Just to clarify: TRSS is a business within Thomson Reuters that is entirely separate from Reuters News. Reuters News is committed, under the Trust Principles, to “integrity, independence and freedom from bias,” and does its work without regard to unrelated business conducted by any part of our parent company. None of our unpublished work, notes, or sources are available to anyone, inside or outside the company. My team and I closely monitor all possible challenges to our journalists’ safety and defend their freedom to report anywhere in the world.”

The ICE contract sullies us all