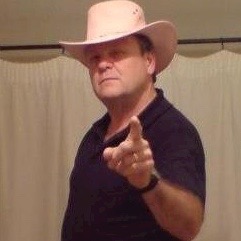 Geoffrey Forster (photo), formerly a UK sales and marketing executive who switched to human resources in Reuters' London editorial, has died at the age of 62.

He joined Reuters as a UK sales manager in December 1985 and moved on to other sales roles ranging from key account manager to international sales and marketing manager before transferring to human resources, first at head office in Fleet Street and then at editorial headquarters in Grays Inn Road where he was human resources manager from April 1999. Forster left Reuters in 2002, his service having been interrupted by a break in between from 1991 and 1994.

Paul Wyatt, former head of employee relations, said: “Geoff had a good feel for employee/industrial issues and was not afraid of speaking his mind. He once said to me that when he worked in marketing he left work at work at the end of the day whereas working in HR meant that he took the problems home with him, which was more stressful.” He added: “A man who was great to work with, good company, straight speaking and very supportive. A sad loss.” ■