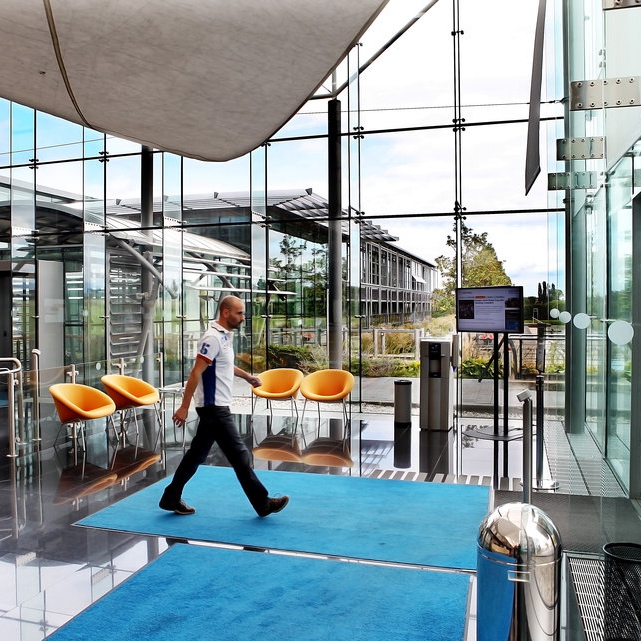 Thomson Reuters is reducing the number of staff at its regional management headquarters in Switzerland.

Some sales staff at La Pallanterie (photo), the HQ building outside Geneva, will be relocated to those countries in the Europe, Middle East and Africa region with which they deal. People who do not wish to move will be offered severance packages.​

Sales and regional management employees were given the news on Tuesday. More details were provided at a staff meeting on Wednesday. There has been no public estimate of job losses. Formal statutory consultation of all employees is taking place in accordance with Swiss law.

Direct account management and client specialists will move from a centralised structure to a sub-regional one. Staff were told that the rationale is that “locating teams in the right places and empowering decision-making as near as possible to our customers is vital to customer satisfaction, retention and growth”. Retention is the cornerstone of growth, and without the ability to retain clients the company will not succeed in growing user communities and revenues, even if the current rate of new sales doubles, management said.

Sales specialist and technical account management teams will continue to operate on a regional basis.

The last managing director for EMEA departed months ago and was replaced by a lawyer, Valerie Kirschmann, with the title of senior site representative. Asked by staff this week whether the centre would be closed down, she said that as long as the data centre remained there that would not happen.

La Pallanterie, named for the small village where it is located, is a modern, glass and steel building with an atrium that was built for Reuters in rural surroundings on the outskirts of Geneva​ in the 1990s as its EMEA headquarters. Part of the building is a large data centre which at inception was capable of taking over all operations in event of a total failure of Reuters main data centre in London's Docklands.

At its height about five years ago some 600 staff and consultants worked there. The number is now down to about 380.

Reuters Infoworld, a showcase of Reuters products, was held at La Pallanterie, bringing in clients from all over Europe. Most staff knew it as the Collonge-Bellerive site, that being the large commune in which La Pallanterie was locate​d.

Some insiders say Thomson Reuters has been looking for a buyer for some time but the centre's location on the south shore of Lake Leman, involving a journey through town across the single bridge which is heavily clogged during busy times of day to get to the airport, is not attractive to most international firms. ■