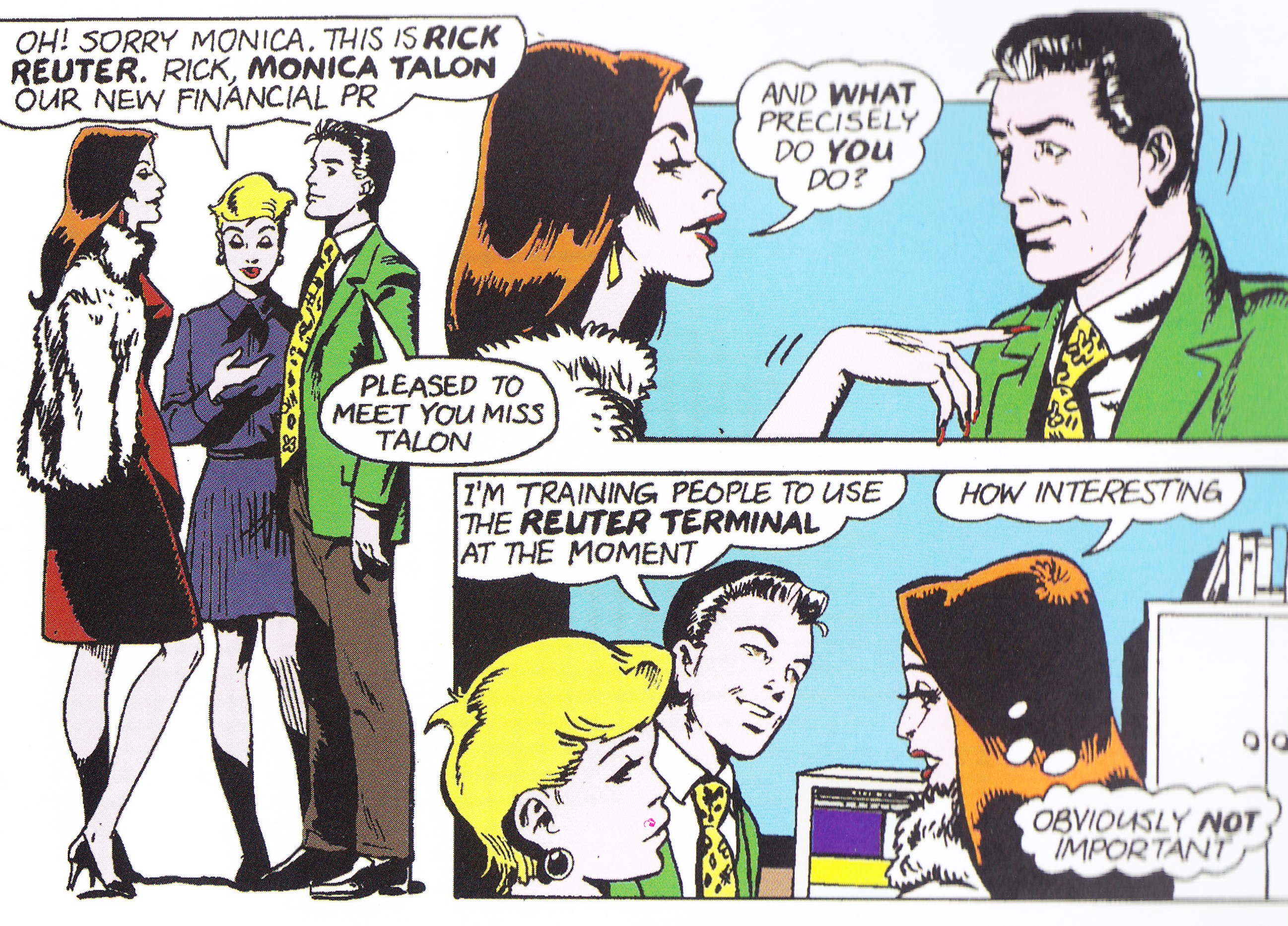 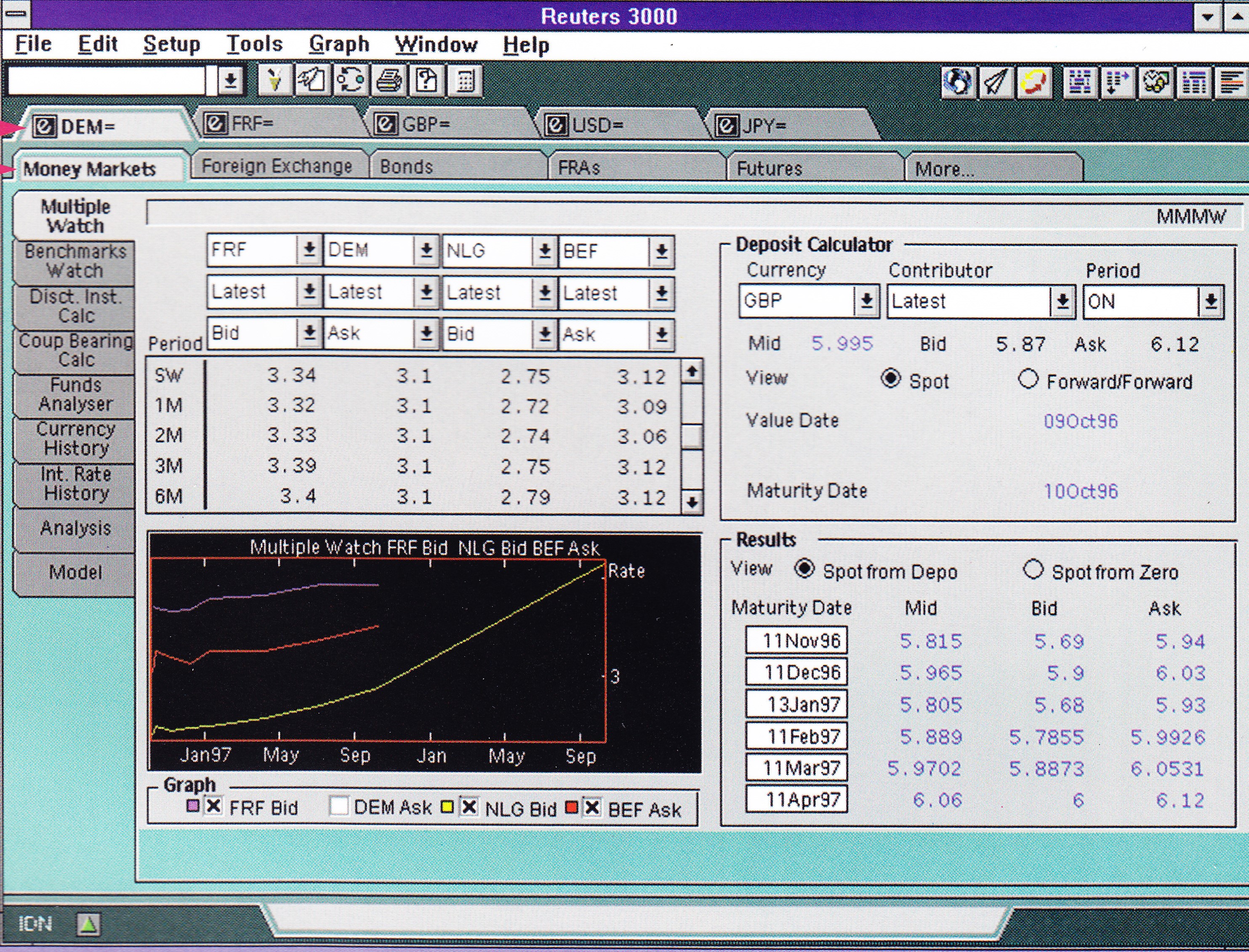 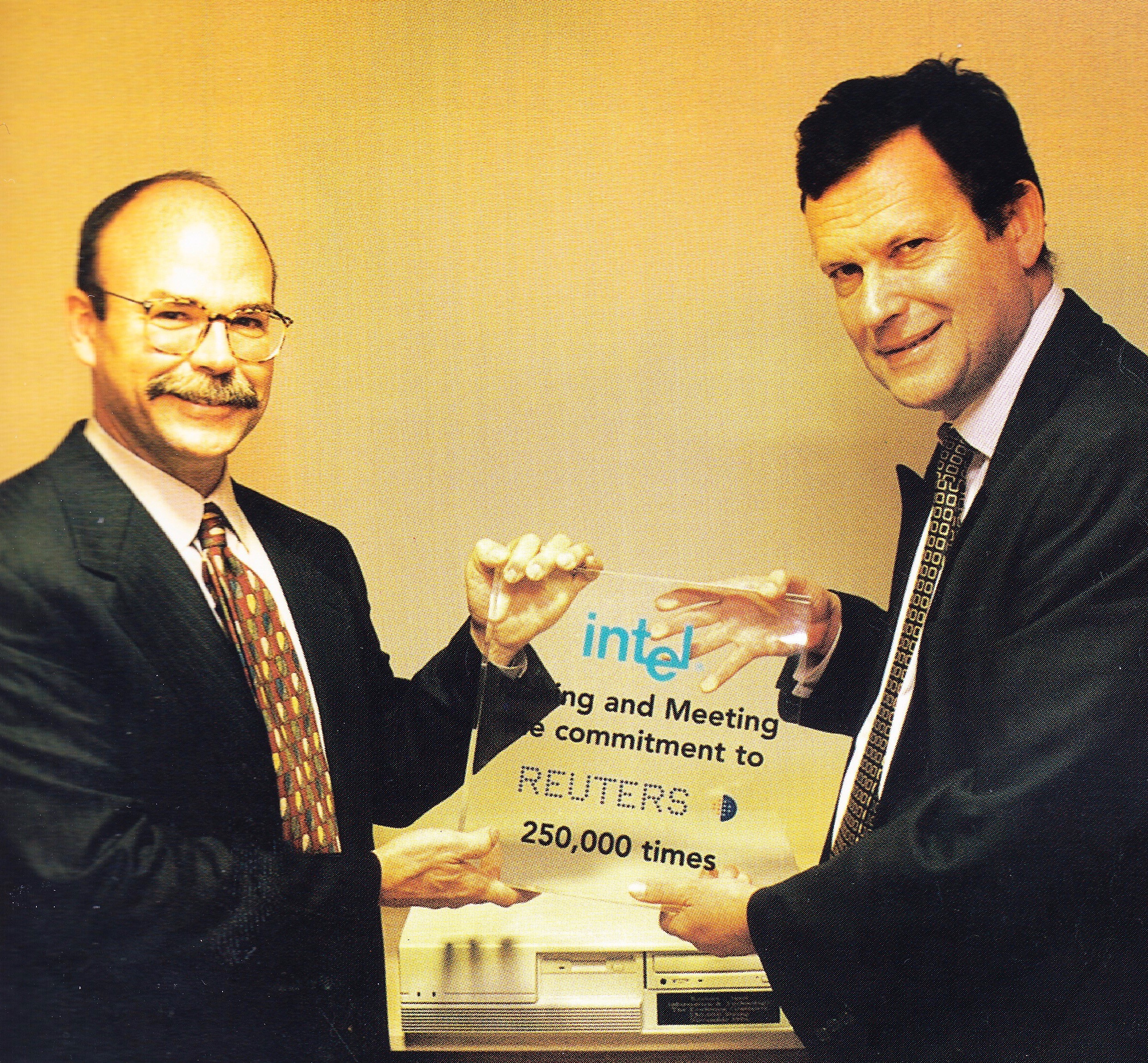 PHOTO: David Ure (R) receives a plaque in recognition of the 250,000th PC shipped to Reuters by Intel 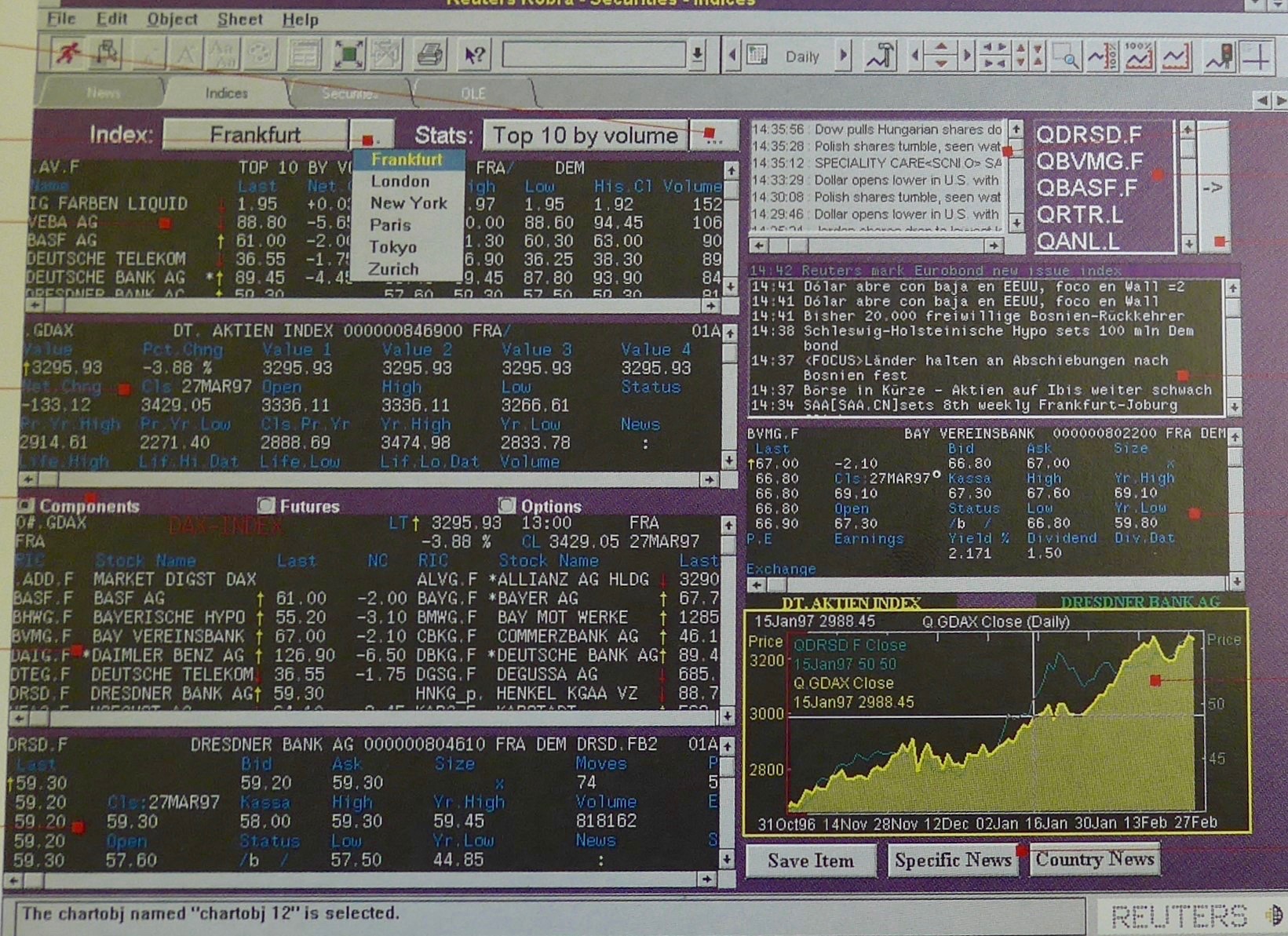 So at this point things seem relatively satisfactory.

What could possibly go wrong? ■